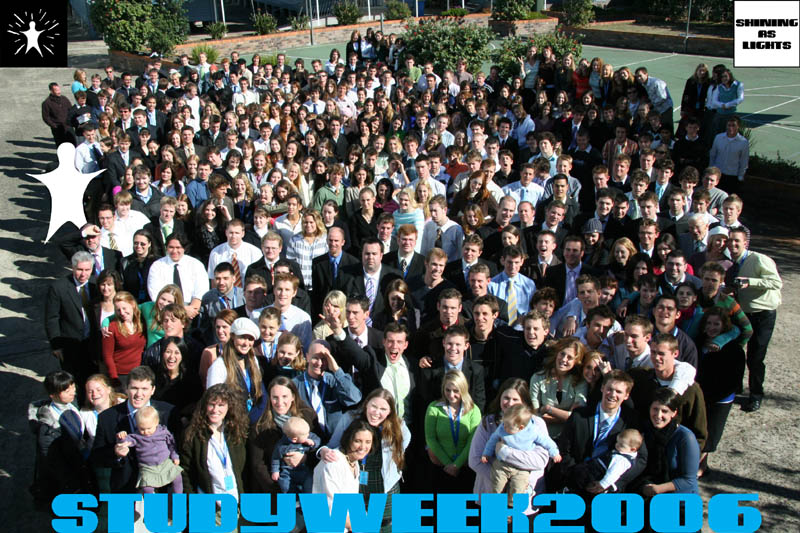 As usual, the focus of Study Week was the daily discussion groups, where everyone had the opportunity to discuss what they had learnt from their own bible study, and share the insights they had gained and encourage each other.

The introduction to the study notes and topic:

Paul’s inspired letter, from a Roman prison, to the Philippian ecclesia in Macedonia will form the basis for our studies during Study Week 2006, God Willing. We begin to understand Paul’s great love for them when we see their example of selfless labor and personal sacrifice, as each humbled themselves to “let this mind be in you, which was in Christ Jesus”.

Like us they received the privileged call from God to be part of his eternal family and so “pressed on towards the mark of the prize of the high calling of God in Christ Jesus” Paul exhorts them to continue in their devoted daily service to God with Christ as their example.

By a study of this letter and fellowship with other young people during this week, we aim to develop a greater conviction in our faith of God, so that we may strive together, shining as lights, working for Christ.

So at the day of his appearing we may stand fast together in our faith.

A new set of study notes was written especially for Study Week 2004.
To download, right click on the link and choose "Save Target As..."

The song "Shine As Lights" was written especially for the week

Sessions during the week were recorded and are available for download

What is Peace? Shown at the Song & Praise night

Visions of the Kingdom

Pre Week Promo - shown 2 weeks prior to the week